International law is the body of legal rules that apply between sovereign states and such other entities as have been granted international personality (status acknowledged by the international community).

The rules of international law are of a normative character, that is, they prescribe towards conduct, and are potentially designed for authoritative interpretation by an international judicial authority and by being capable of enforcement by the application of external sanctions.

The commands of international law must be those that the states impose upon themselves, as states must give consent to the commands that they will follow. Many essays on international relations contain a direct expression of raison d’état, the “interests of the state”, and aims to serve the state, as well as protect the state by giving its rights and duties. This is done through treaties and other consensual engagements which are legally binding.

The case-law of the ICJ is an important aspect of the UN’s contribution to the development of international law. It’s judgements and advisory opinions permeates into the international legal community not only through its decisions as such but through the wider implications of its methodology and reasoning.

The successful resolution of the border dispute between Burkina Faso and Mali in the 1986 Frontier Dispute case illustrates the utility of judicial decision as a means of settlement in territorial disputes. The case was submitted to a Chamber of the ICJ pursuant to a special agreement concluded by the parties in 1983.

In December 1985, while written submissions were being prepared, hostilities broke out in the disputed area. A cease-fire was agreed, and the Chamber directed the continued observance of the cease-fire, the withdrawal of troops within twenty days, and the avoidance of actions tending to aggravate the dispute or prejudice its eventual resolution. Both Presidents publicly welcomed the judgement and indicated their intention to comply with it.

In the Fisheries Jurisdiction case (United Kingdom v. Iceland , 1974) the ICJ contributed to the firm establishment in law of the idea that mankind needs to conserve the living resources of the sea and must respect these resources. The Court observed:It is one of the advances in maritime international law, resulting from the intensification of fishing, that the former laissez-faire treatment ofthe living resources of the sea in the high seas has been replaced by a recognition of a duty to have due regard of the rights of other States and the needs of conservation for the benefit of all.

Consequently, both parties have the obligation to keep index review the fishery resources in the disputed waters and to examine together, in the light of scientific and other available information, the measures required for the conservation and development, and equitable exploitation, of these resources, taking into account any international agreement in force between them, such as the North-East Atlantic Fisheries Convention of 24 January 1959, as well as such other agreements as may be reached in the matter in the course of further negotiation. The Court also held that the concept of preferential rights in fisheries is not static.

This is not to say that the preferential rights of a coastal State in a special situation are a static concept, in the sense that the degree of the coastal State’s preference is to be considered as for ever at some given moment. On the contrary, the preferential rights are a function of the exceptional dependence of such a coastal State on the fisheries in adjacent waters and may, therefore, vary as the extent of that dependence changes.

The Court’s judgement on this case contributes to the development of the law of the sea by recognizing the concept of the preferential rights of a coastal state in the fisheries of the adjacent waters, particularly if that state is in a special situation with its population dependent on those fisheries. Moreover, the Court proceeds further to recognize that the law pertaining to fisheries must accept the primacy of the requirement of conservation based on scientific data.

The exercise of preferential rights of the coastal state, as well as the historic rights of other states dependent on the same fishing grounds, have to be subject to the overriding consideration of proper conservation of the fishery resources for the benefit of all concerned.

Some cases in which sanctions are threatened, however, see no actual implementation. The United States, for example, did not impose measures on those Latin American states that nationalized privately owned American property, despite legislation that authorizes the President to discontinue aid in the absence of adequate compensation.

Enforcement measures are not the sole means of UN sanction. Skeptics of the coercive theory of international law note that forceful sanctions through the United Nations are limited to situations involving threats to the peace, breaches of peace, and acts of aggression.

In all other instances of noncompliance of international law, the charter’s own general provisions outlawing the threat or use of force actually prevent forceful sanction. Those same skeptics regard this as an appropriate paradox in a decentralized state system of international politics. Nonetheless, other means of collective sanction through the UN involve diplomatic intervention and economic sanctions.

In 1967 the Security Council decided to isolate Southern Rhodesia (now Zimbabwe) for its policy of racial separation following its unilateral declaration of independence from Britain. As in other cases of economic sanctions, effectiveness in the Rhodesian situation was limited by the problems of achieving universal participation, and the resistance of national elites to external coercion. With respect to universal participation, even states usually sympathetic to Britain’s policy demonstrated weak compliance.

Furthermore, the UN is wholly dependent on its members on operating funds, so no matter what decisional authority its members give it, its ability to take action not only depends on its decision but also on means. Without the support, the wealth and the material assistance of national governments, the UN is incapable of effective sanctions. The resistance of governments to a financially independent UN arises principally on their insistence on maintaining control over sanctioning processes in international politics.

Despite sweeping language regarding “threats to peace, breaches of the peace, and acts of aggression”, the role of the United Nations the enforcement of international law is quite limited. Indeed the purpose of the UN is not to enforce international law, but to preserve, restore and ensure political peace and security.

The role of the Security Council is to enforce that part of international law that is either created or encompassed by the Charter of the United Nations. When aggression occurs, the members of the Council may decide politically – but are not obliged legally – to undertake collective action that will have sanctioning result. In instances of threats to or breaches of the peace short of war, they may decide politically to take anticipatory action short of force.

Moreover, it is for the members of the Security Council to determine when a threat to peace, a breach of peace, or an act of aggression has occurred. Even the determination is made on political rather than legal criteria. The Security Council may have a legal basis for acting, but self-interest determines how each of it members votes, irrespective of how close to aggression the incident at issue may be.

Hence by virtue of both its constitutional limitations and the exercise of sovereign prerogatives by its members, the security council’s role as a sanctioning device in international law is sharply restricted.

As the subject matter of the law becomes more politicized, states are less willing to enter into formal regulation, or do so only with loopholes for escape from apparent constraints. In this area, called the law of community, governments are generally less willing to sacrifice their sovereign liberties.

In a revolutionary international system where change is rapid and direction unclear, the integrity of the law of community is weak, and compliance of its often flaccid norms is correspondingly uncertain.

The law of the political framework resides above these other two levels and consists of the legal norms governing the ultimate power relations of states. This is the most politicized level of international relations; hence pertinent law is extremely primitive. Those legal norms that do exist suffer from all the political machinations of the states who made them.

States have taken care to see that their behavior is only minimally constrained; the few legal norms they have created always provide avenues of escape such as the big-power veto in the UN Security Council.

Despite the many failures and restrictions of international law, material interdependence, especially among the states of equivalent power, may foster the growth of positive legal principles. In addition, as friendships and amenities change,, some bilateral law may cease to be observed among new enmities, but new law may arise among new friends who have newfound mutual interests. In the meantime, some multicultural law may have been developed.

Finally, research suggests that the social effects of industrialization are universal and that they result in interlocal tolerances that did not exist during periods of disparate economic capability. On social, political, ante economic grounds, therefore, international law is intrinsic to the transformation and modernization of the international system, even though the “law of the political context” has remained so far. 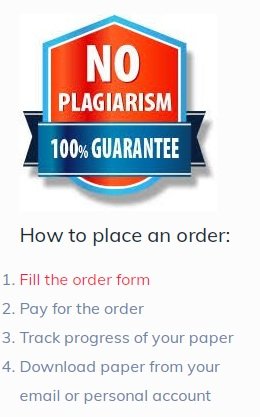 PLACE THE ORDER WITH US TODAY AND GET A PERFECT SCORE!!!

Feel Free To Ask Questions, Clarifications, or Discounts, Available When Placing the Order.